KSUAE participates in the 45th World Championship in Professional Skills

WorldSkills Kazan 2019: KSUAE is an active participant in the 45th World Championship in Professional Skills

On August 22-27, 2019 Kazan hosted the 45th WorldSkills Championship 2019. 1354 young participants from 63 countries and regions competed for medals in 56 competencies, making this Championship truly grandiose and memorable.

Our University academic staff, students and employees made their contribution to the organization of the WorldSkills Kazan 2019 World Championship. From 23 to 26 August, our staff took part in the WorldSkills Kazan 2019 as representatives of educational institutions on competencies (Ambassadors). The purpose of the work is to help young visitors of the Championship better understand what profession they want to devote their future to.

Dmitry Malinov, a student of the Institute of Building Technologies and Environmental Engineering Systems of KSUAE, became a prize-winner of the Championship, Plumbing and Heating Competency, entering the top ten young professionals in this field. He took also the 2nd place in the Global Skills Challenge 2019 (Melbourne, Australia).

During the days of the Championship, the Summit of Ministers was held simultaneously, where our University met also some delegations of foreign ministers of education. The delegations of South Africa, Liberia, Ghana visited KSUAE, tours around the University campus were organized, the guests were shown our research and educational centers, told about the educational, scientific, international activities of KSUAE, there were also excursions around the city, to Kazan Expo, the Universiade Village. Our University staff took part in all the events of the Summit of Ministers.

At KSUAE at the end of May the 2019 graduates of the dual degree program KSUAE-UEL presented their graduation dissertation projects in the following areas:

It was the 5th anniversary of graduate students of the British program since 2013.

The final projects presentations were held by videoconferencing with the professors of the University of East London (UK). The attestation commission consisted of also KSUAE’s professors responsible for the delivery of the dual degree program at Kazan State University of Architecture and Engineering. All presentations were entirely made in English.

We congratulate the 2019 graduates with the successful completion of the British bachelor program and that in addition to the Russian bachelor degree they will also get its international (British) equivalent – the certificate of the degree of the University of East London. 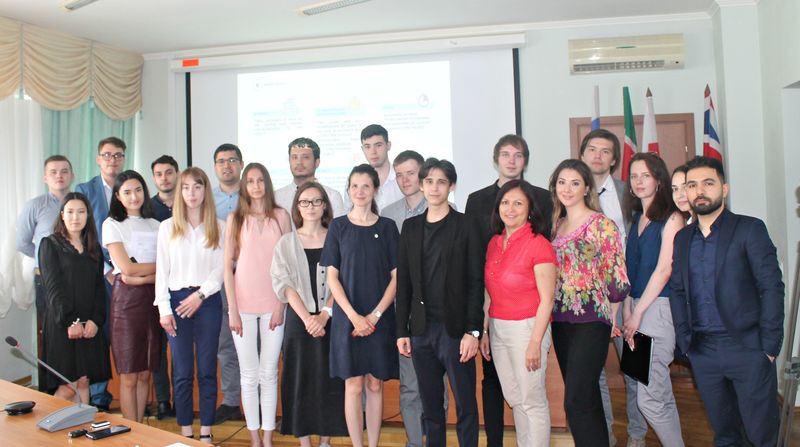 On May 27-31, 2019 the KSUAE organized the International Program for Vocational Training "PARAMETRIC DESIGN".The program was organized with the support of the GREB European grant program (Erasmus +, GREB Green Building), together with the University of East London (UEL).

The training course was enriched by the online participation of the Head of the world-famous Zaha Hadid Architects Bureau (ZHA, London, UK) Patrick Schumacher, by his lecture on "Zaha HADID's Innovations" and “Parametrism & Urban Space”. The headliner of the program was the architect Fulvio Wirz, the collaborator of Patrick Schumacher, who gave lectures and master-classes to the program participants on parametric design methods in various 3D programs and was their tutor in the preparation of their program final projects.

The program participants were students, professors, architects from Tatarstan region, other Russian regions and the CIS (Moscow, Kazan, Naberezhnye Chelny, Krasnoyarsk, Irkutsk, Vladisvostok, Voronezh, Astrakhan, Samara, Bishkek (Kyrgyzstan). They were divided in 7 working teams developing the design of one of the real architectural objects of Kazan city. At the end of the program all participants received international certificates and qualification certificates.

Olga POROSHENKO (Head of the International relations department, KSUAE) and Svetlana PERSOVA (associate prof. of faculty “Reconstraction and restoration of architectural heritage and architecture, KSUAE) participated in the meeting of the consortium on the European project GREB ERASMUS +. Meetings were held at the Royal Institute of Technology (Sweden https://www.kth.se/en ). 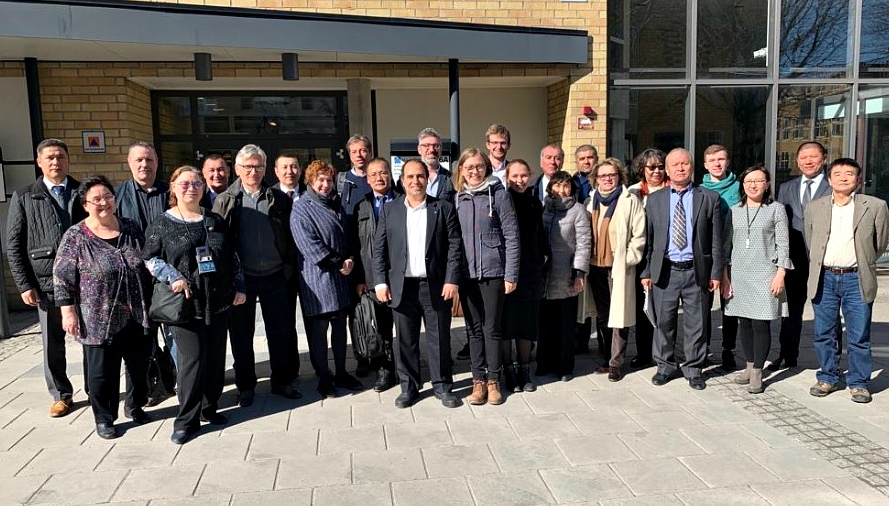